Now this rockhounding excursion is actually the site of the Southwest Chester and Brookdale mines, but sometime in the 20th century they were occupied by the present day golf course.  We had read that if you bring an offering, some unique mineral or gem to the owners, you are granted access to rockhound the remains of the mines.  Joe and I spent two weeks emailing back and forth about what gem would best represent @AmericanGeode, and what would impress the owners.  We chose a very large rough garnet from rockhounding excursion in Roxbury and a kyanite specimen that Joe had recovered from another PA site.  We went on a weekday, and also during the late winter/early spring as we expected fewer golfers would mean few inconvenience, and more access.

Well we arrive at the golf course club house, and speak to a lady who is running the pro shop, and we present our offerings to her, as if we were presenting to King Midas.  She says, “Put them over there,” and points to a corner of the clubhouse with office size cardboard boxes stacked atop one another and filled with newspaper wrapped offerings from former explorers.  There have been a lot of people at this site we surmise.

So she points us in the direction of the smokestack that still stands outside the tee of one of the holes.  It is impressive ruin, as the photos show.  Very neat to see something historically standing there as it had since the day its fire was extinguished.  We wondered how many golfers had walked past there and said “What the hell is that?”

This area has been picked over a lot, and I mean a lot of rockhounding.  There are still “swag” piles with debris to crack open, but there is no “virgin stone” to tap, or any free-standing rock to crack. It’s an exercise in going through the left-overs.

That is one of the mines, the one with the smokestack.  We never found the other mine, and we have visited this site twice too. Each time the lady in the clubhouse did not have exact details, so if you go, and speak to one of the owners, I think there are 7 brothers who own the property, they may have more information than the person running the pro shop. I mean after all this is a fully operation and beautiful golf course. Someone who wants to rockhound is not their main business.

We did go out hunting for the other mine however, and ended up way out where the 8th hole crosses the 13th hole.  There was a natural creek running through so thought we’d look around there to see if anything, but no avail.  We just realized that day we were so out in the middle of nowhere that someone could have fired a rifle and no one would have heard.

We actually thought for a minute, if we had not checked in with the pro shop, would anyone know if we went missing? When you go rockhounding, do you give instructions to a friend, family member, or co-worker where you are going? In case you go missing?

In the end from the smokestack’s swag pile, we found some nice quartz specimens, and if you go on a weekday you can hunt without being disturbed.  Would not recommend bringing kids because you are still close enough to the tee that you need to keep your voice down lest you disturb any golfers.

We have specimens listed however, so for the “regional” collector, and individual who wants a specimen from each mine in the United States, and this was a big one in its hey-day, then check out what we have available for you, or visit yourselves, and don’t forget to bring a specimen. (something you would have likely traded anyway) 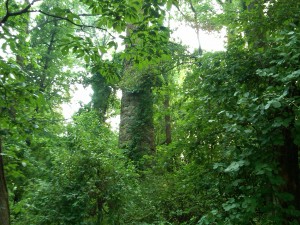 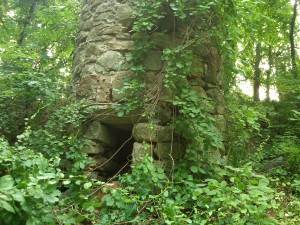 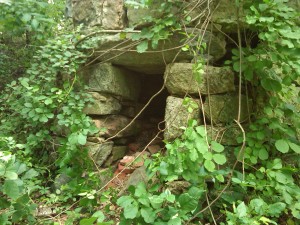 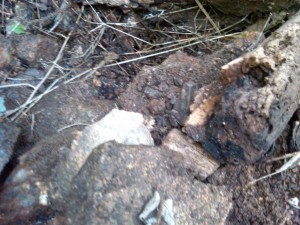 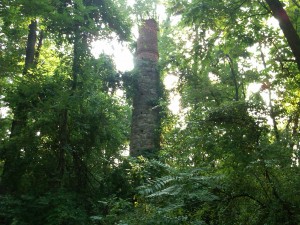 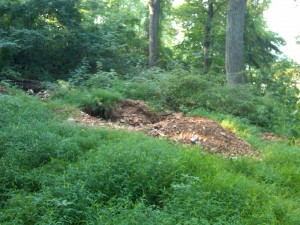 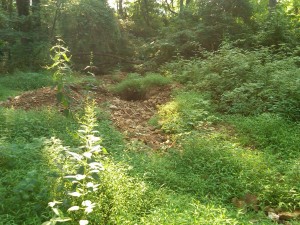 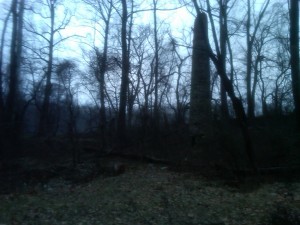 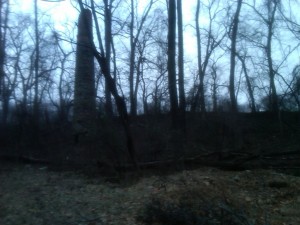 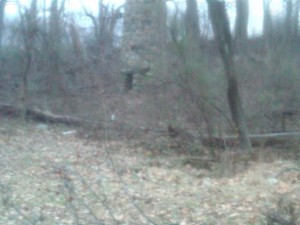