Joe and I had a great drive to the park that contains this quartz and pyrite abandoned mine, which is open to the public even though it is on park lands.  We got really lucky because a woman and 3 kids were coming down the path as we started and had come to a fork in the path.  So we asked them if they knew of the quartz and pyrite, and they pointed to take the path to the right, climb up of you adventurous on to the rocks, and see what you find.

Now this site had some major climbing, as the photos with the rocky landscape, and the photo from in front of the cave exemplify.  Very hard schist and you start cracking along fissures or cracks to open small pockets of quartz.  I did not find any pyrite, but Joe had an eagle eye and spotted a face of the cliff sparkling gold, instead of crystal when the sun hit it.  So Joe found a nice example of the pyrite, and both of us had excavated some nice quartz crystals.

Now where this adventure gets interesting is when we climbed far enough up to find that cave you see behind me in the one photo.  We used the video flash on our Blackberry devices to see inside, and what we saw was beautiful, and horrible.

First the beautiful part, there was an exposed pocket inside there with half inch perfect quartz crystals.  They were embedded inside the walls of the cave so one would need to knock the surrounding to dislodge them.  The horrible part was about ten feet further back in the cave,,,,,a black pool of water with a black swirling cloud, almost like a vapor, like something outside of the “Harry Potter” movies when Voldemort comes back to life,,,,it was a living black fog, mist,,,,,of MOSQUITOES!  Now we had not prepared for mosquitoes, as this was a middle of the day trip, but this cloud of mosquitoes was so think, and so dense, that one would fear the effects of a thousand bites, and the madness and hysteria that one would suffer.

But how often are we in Ellenville, we asked ourselves.  So with one of us keeping an eye on the swarm of mosquitoes, we took turns knocking out the quartz crystals, and finally we claimed the crystal section that had evaded so many other amateur geologist and rockhounds.

We would classify this site as “Fairly Difficult” because of the heights, the climbing, and there is no shade if a hot day. 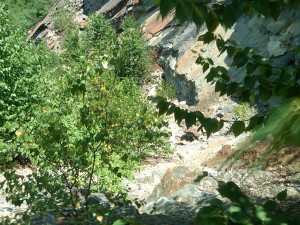 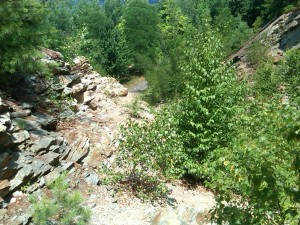 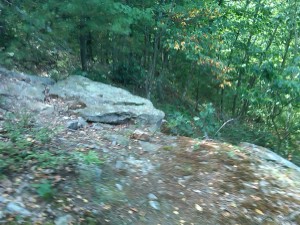 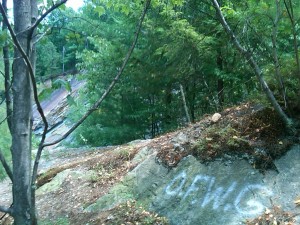 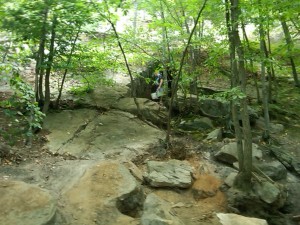 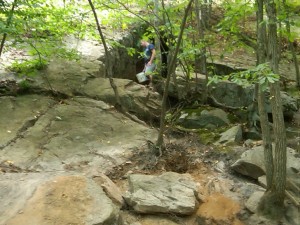 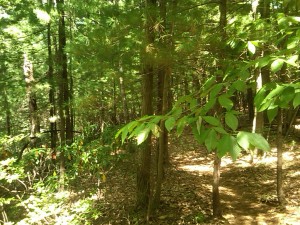 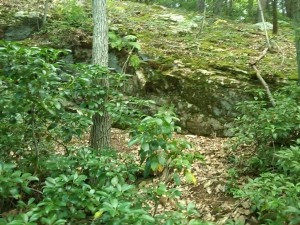 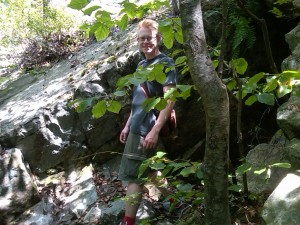 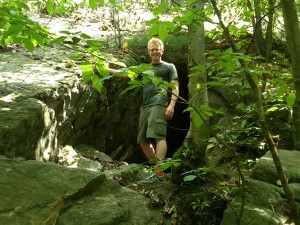 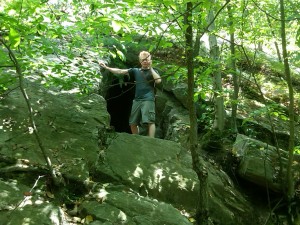 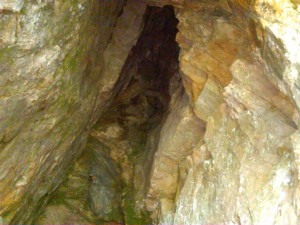 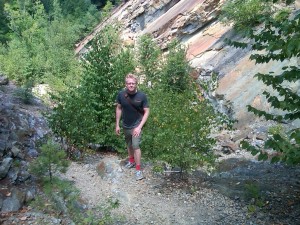 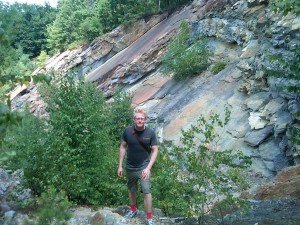 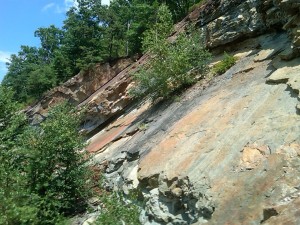