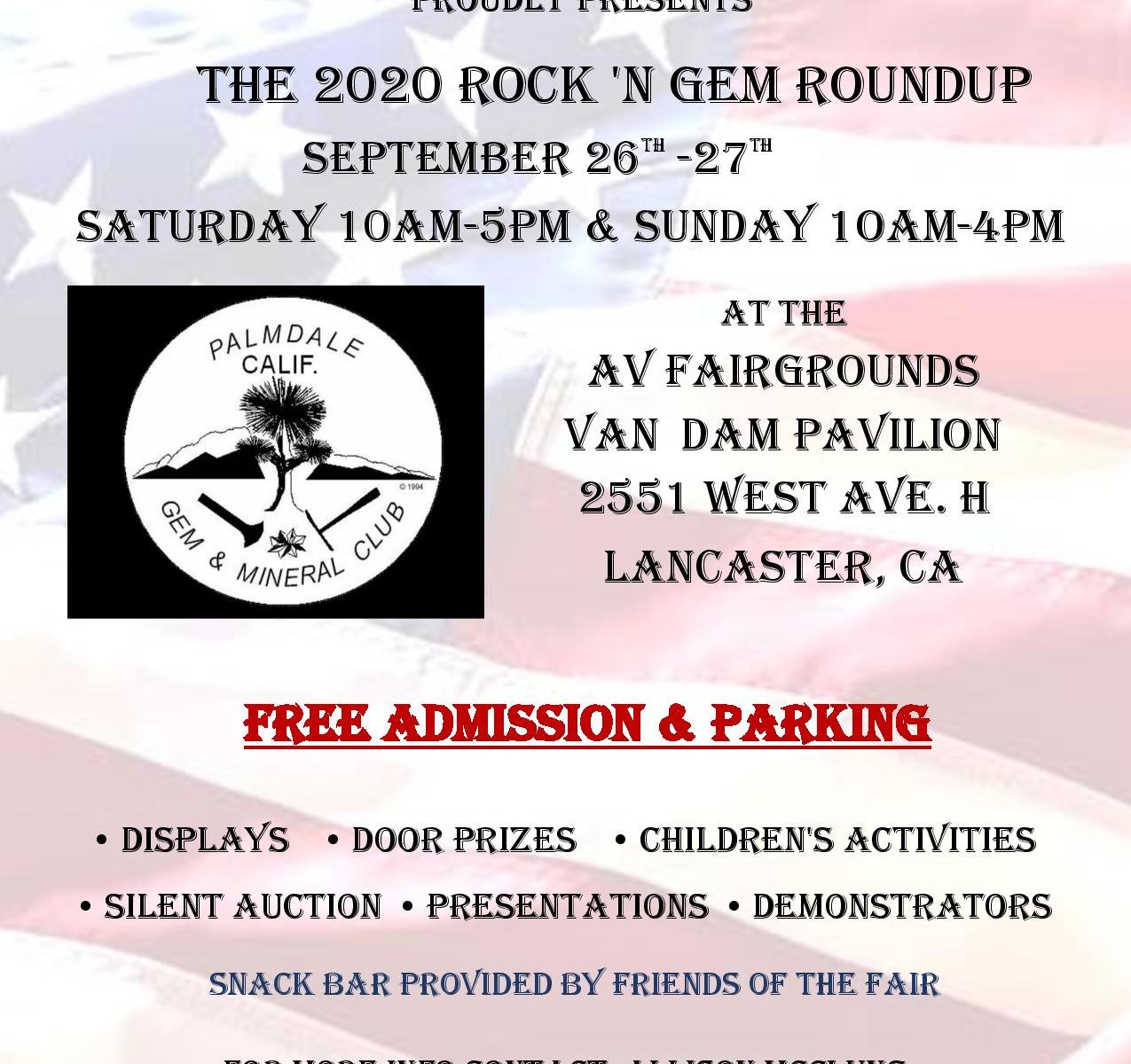 SNACK BAR provided by Friends of the Fair
For more info contact: Allison Mcclung
at ali_cares@aol.com or (661)839-7403

A Brief History of the
Palmdale Gem and Mineral Club, Inc.
http://www.palmdalegemandmineral.org/
The Palmdale Gem and Mineral Club, Inc., was formed on November 11, 1957 and was incorporated on August 7, 1959 as a Non-profit Public Benefit Corporation to promote the scientific study and the appreciation of rocks and minerals, to learn and perpetuate the lapidary arts, and to increase the knowledge of members and the community in earth sciences and lapidary arts.
– Twenty-six charter members were present at the first meeting.
– The meeting was held in Marriott School Auditorium.
– Jerry Kirer was elected President.
– Dues were set at $2.50 per year with a $1.00 Initiation fee per member.
– In the first year, membership grew to 79.
– Field trips, interesting presentations at meetings and club representation at the Antelope Valley Fair were evident from the very beginning of the Club.
In June 1958, the Club became a member of the California Federation of Mineralogical Societies. Federation dues that year were 25 cents per member.
In April of 1958, the Gem and Mineral Club hosted its first Rock and Gem Show; it was called the “Gem Roundup”. The show has grown dramatically ever since.
In June 2007, the Gem and Mineral Club hosted the California Federation of Mineralogical Club’s annual show at the Antelope Valley Fairgrounds.
In the first year of formation, the Club had 79 members. Today, there are over 40 members and conducts monthly General Membership meetings, Lapidary programs, Junior programs and Educational programs; Co-hosts the annual Gem and Mineral Exhibit at the Antelope Valley Fair and conducts numerous field trips throughout the year.