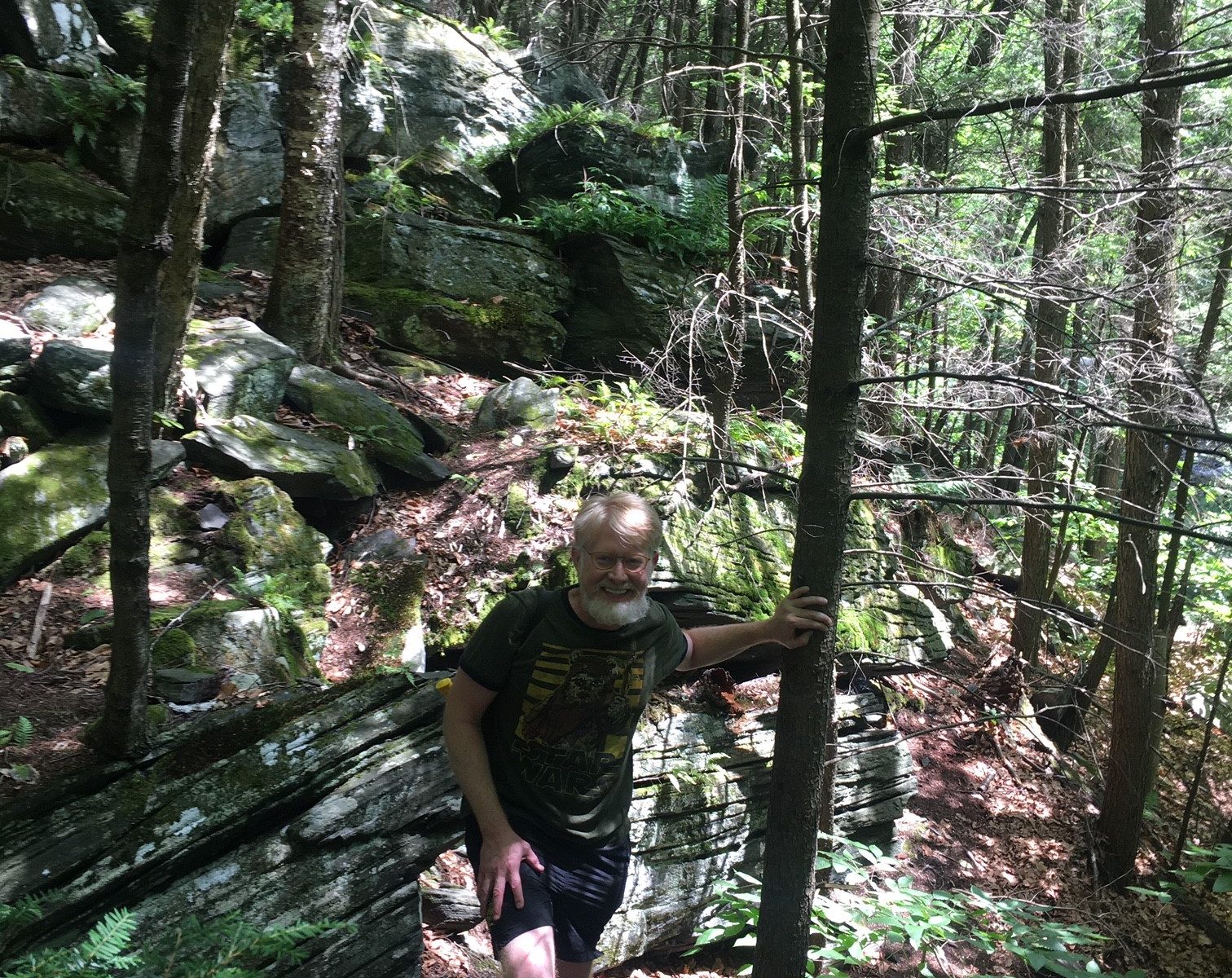 The 36th Annual Grassy Creek Mineral & Gem Show will be held Sunday July 26th through Sunday August 2nd from 10:00 am – 6:00 pm, once again at 136 Majestic View, Spruce Pine, NC (the field above Spruce Pine Chevrolet). The Grassy Creek Mineral and Gem Show is put on by the Parkway Fire and Rescue to raise money for new equipment. Over 65 US and International dealers have almost any kind of jewelry, gemstone and mineral specimens, fossil, lapidary equipment and more you might want. Each booth is 20 foot by 40 foot so there are LOTS of items for sale.  Many vendors will be open earlier and later than the posted hours because they are staying with their booth. Some vendors may be open on Saturday July 25th also. Parking and admission are free. Food is available.

New York City instituted a strict stay at home order last month. We have been following it closely, so rockhounding must wait. In the meantime, here is an anecdote about how this stay at home order has impacted a member of the American Geode team:

We adopted a second senior dog right before coronavirus locked down New York City. We like to take in senior dogs, the ones with the toughest odds.
Here is how coronavirus impacted us:Archie is a fixer-upper, and one of the problems he suffers from is separation anxiety. We had about a day to work on leaving the apartment for 15-30 minutes, for laundry or to get a beer before coronavirus lockdown hit. We planned to gradually expand the amount of time that Archie was home alone, but with coronavirus, we are now always together, all of the time.
So we have resolved now that Archie will just have to go with us everywhere, once this all passes. How in the hell would we resume separation anxiety training after a shut-in where the farthest apart we are from Archie is when one of us goes into the bathroom.

American Geode used to sell geodes every weekend at the Hell’s Kitchen Flea Market. There was another dealer of minerals and crystals there, gentleman from China, who offered this magnificent candlestick quartz in limestone to us in exchange for some Indiana geodes. Please email American Geode with questions, comments, suggestions to http://www.americangeode.com.

In January and February 2019 the American Geode team went to the Tucson Gem and Mineral Show. One of the shows off the side of the highway was a miners’ co-op, and American Geode acquired these very fine beautiful amethyst in matrix from miners who drive them down from Canada. They are from the Thunder Bay area of Canada. Contact American Geode with questions, comments, more information at http://www.americangeode.com.