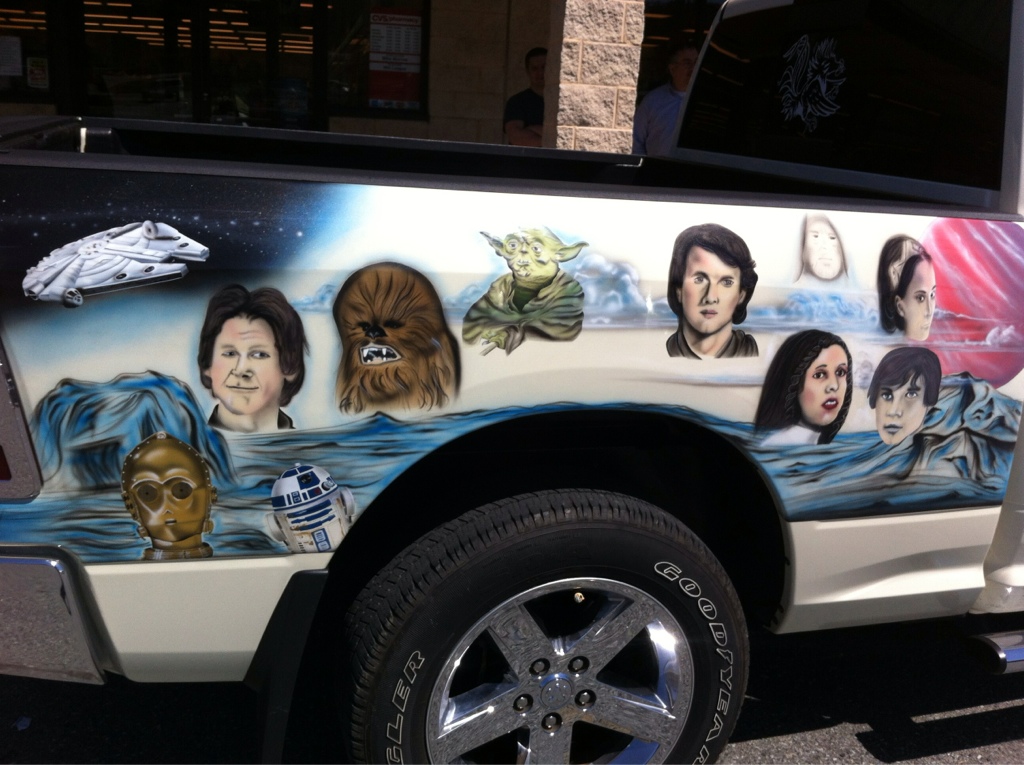 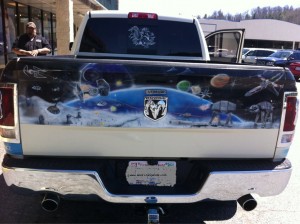 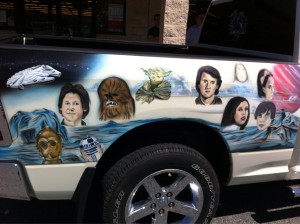 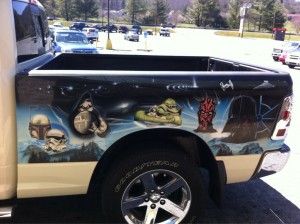 American Geode can help. Between 3000 and 10000 rockhounds and gem, mineral and fossil enthusiasts visit our website each month. They also contact us for suggestions on clubs to join, and shows and events to attend.

Other mineral websites charge between $600 to $1000 per year for a banner ad on their site.

We charge a flat rate of $150 for 12 month basic partnership and offer much more than other mineral sites. Send us two banner ads, 728×90 and/or 150×150, that we will post on our website. As an add-on service, send your club announcements and show announcements for us to post over our famous Twitter feed American Geode Twitter with our nearly 3000 rockhound followers, fans and friends.

The benefits to you and your club are that you will raise higher in the Google ranks when someone searches for gem and mineral clubs, and gem and mineral shows. You will also view many more visitors to your site, soliciting information about how to join your club, download your member application form, and visit your shows.

We make it very easy for you. We can use your club’s logo for the ad, or we will craft a banner ad that uses your club’s logo. Take a look at the example of a club banner here: Wildacres info page.

Colorado is famous for gems, smoky quartz in this locale, minerals, rockhounding, prospecting and mining. Joe and I certainly experienced that in the spring when a friend and mineral dealer hosted us for a weekend of mining, prospecting and rockhounding.
We drove for many hours through through the Pike National Forest, where one finds Pike’s Peak, until we came to an area, a mountain side known as “Devil’s Head.” Now this style of rockhounding means you take a pick-axe, start mining to clear overgrowth and topsoil, and once you hit the surface rock, you are surprisingly close to the layer where one finds smoky quartz.
Joe was very lucky and discovered a vein of smoky quartz with the first spot he chose. I was not so lucky, but we did see the the beauty and majesty of Pike’s Peak and the entire Pike National Forest.

If you have the jeep to make this long drive, over dirt roads, we recommend this rockhounding trip. Take plenty of water, more than you would normally as the height where you are does dehydrate you much more quickly than when you rockhound elsewhere. The air is so dry, and you are at such a height you don’t sweat, so you can’t tell how dehydrated you are becoming.

Colorado is a beautiful natural treasure in America. If you get the chance just to drive through the Pike National Forest, opt for it.
For the most up to date gem and mineral events and shows, check out our Gem, Mineral, and Fossil Newswire. 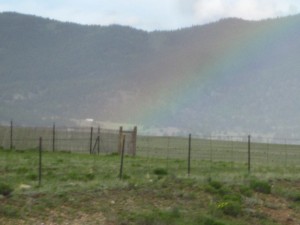 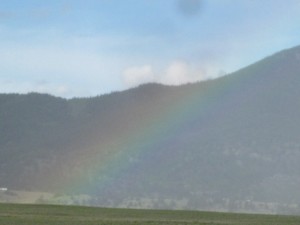 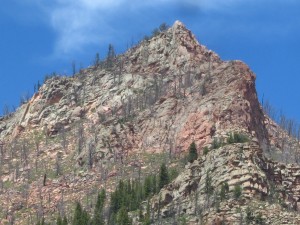 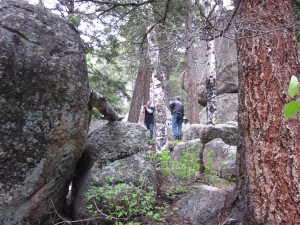 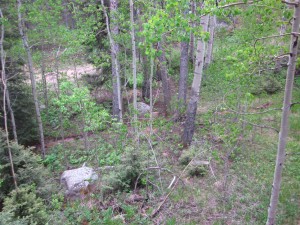 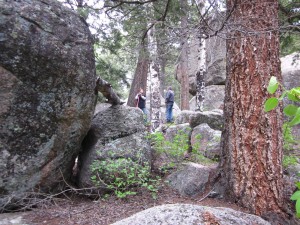 Joe, our friend Leonard and I drove for nearly three hours, through the National Forest containing Pike’s Peak, up 15 degree inclines that felt like 22 degree inclines to get to this private claim to crack pegmatite in search of amazonite. The whole notion of private claims fascinates me, and is something I will write about in the future. This gentleman who was hosting us there had staked a claim to this public land in the National Park, for the purpose of mining. Now there are fees, and papers to file, and annual steps to follow, but to have a mining area to yourself is something that ended up appealing very much to Joe and myself.
The game plan was simple – find a spot, and start clearing the topsoil and coverage, hit rock, and start mining.
This kind of mining in Colorado requires a lot more luck than Herkimer Diamond for instance. There is simply such a vast area in these Colorado claims that you really have to decide to devote your time to one hole, digging deeper and deeper, or do you hit more areas, seeking more pockets, and spread out.
We had a crew of 5, 6 if you include the canine friend seen in the photos, and while none of us hit a grand jackpot pocket, we did uncover some very nice amazonite that we were able to sell very quickly a month later to some collectors at the Herkimer Gem Show.
I don’t know how to recommend this mining expedition, or how to grade it or offer hints. It was a private claim, and I will likely never return. But this adventure was an inspiration for me to learn more about staking a claim. If you are near New York, and would like to discuss the whole process of staking a claim, please “Contact Us” through our site.
For the most up to date gem and mineral events and shows, check out our Gem, Mineral, and Fossil Newswire. 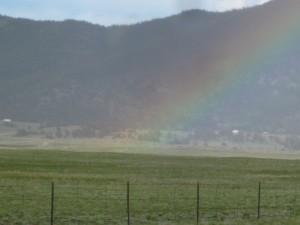 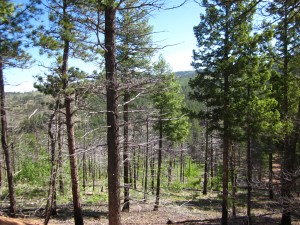 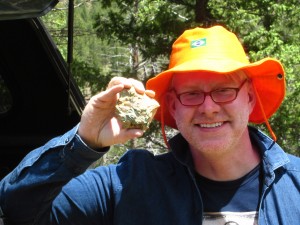 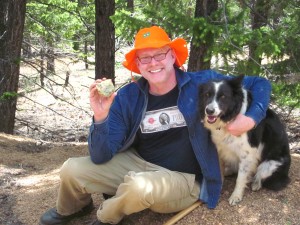 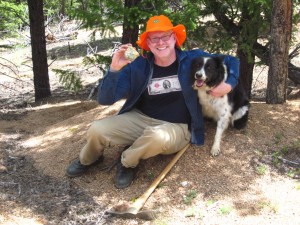 The Bedrock Guide to Enjoying Your Next Gem, Mineral and Fossil Show

Whether you are attending a gem and mineral show for the first time that perhaps you found on a gem, mineral, and fossil show listings site, www.americangeode.com for example, or you are a veteran of gem and minerals shows, this article on shows will prove to be a valuable resource of tips to make your experience more efficient and more fun.
END_OF_DOCUMENT_TOKEN_TO_BE_REPLACED