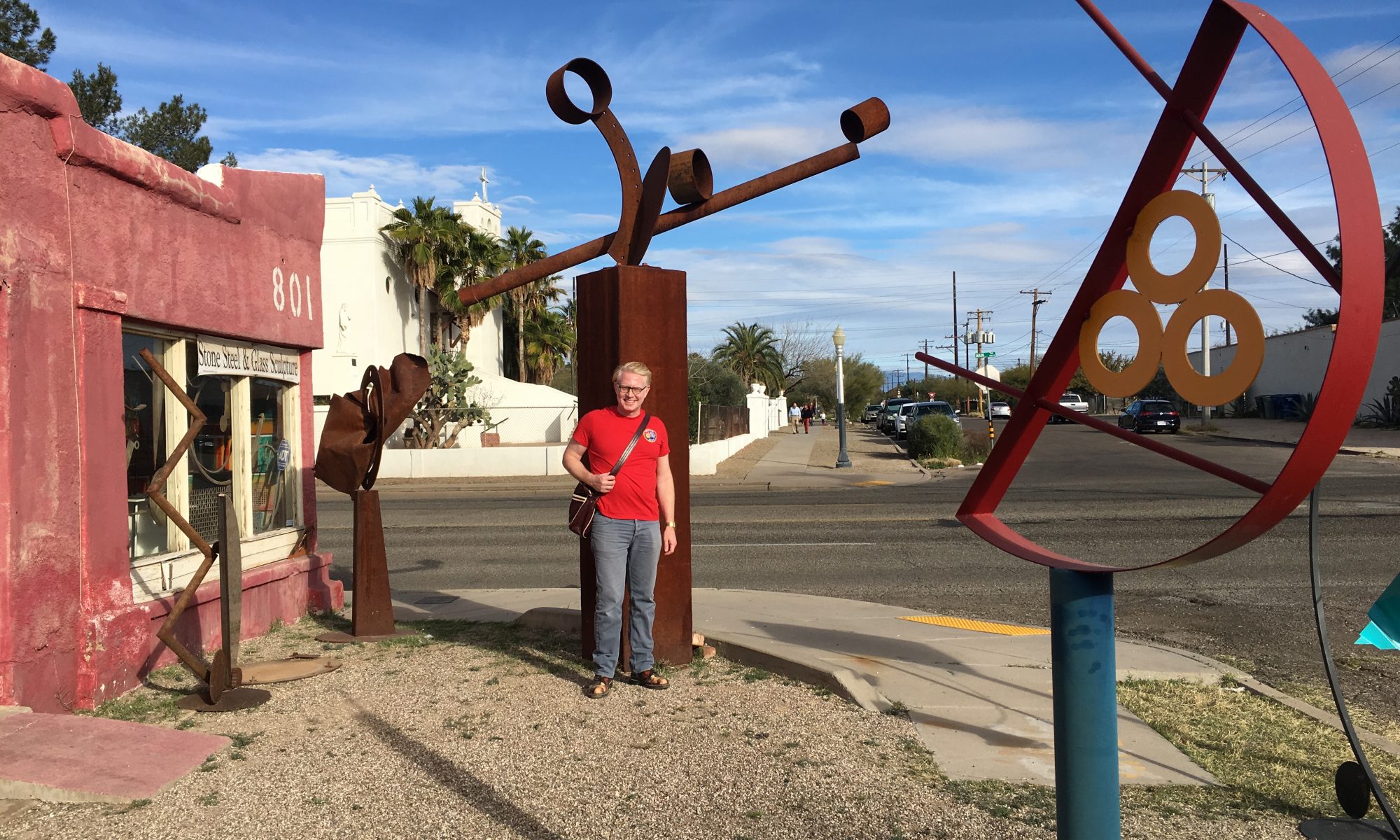 The American Geode team just returned from the Tucson Gem Show, and shows, and it is overwhelming with beauty and aesthetics, and marvels, and mineral miracles. After viewing so much beauty, one can become “drunk” with mineral beauty. The condition and effects of seeing too much beauty is called Stendhal Syndrome, http://mentalfloss.com/article/71801/stendhal-syndrome-overdosing-beautiful-art.

So after 2.5 days in Tucson, the American Geode felt like we needed to take a break from mineral miracles and beauties, and see what else Tucson has to offer.

We found a vibrant art scene, with galleries, and little bars and cafes, that centered around the Steinfeld Warehouse Community Arts Center, https://www.wamotucson.org/Steinfeld-Warehouse-Community-Arts-Center.

Starting at the warehouse, one can walk down and visit many different galleries full of contemporary art, mixed-media art, and industrial art. The bars and restaurants in the warehouse district of Tucson offer an alternative to the mineral miracles, and mineral miracle miles of beauties. Here are some examples of the artwork we found in the Tucson Art Scene:

That is all for this installment of “Tucson Gem Show – Guide for First Time Visitors, Part 2 (Tucson Art Scene).” Keep reading the other American Geode articles for more insight on the Tucson Gem and Mineral Show, and various Tucson Gem Shows.

Got questions about Tucson Gem Show? Contact American Geode through the “Contact Us” button on the American Geode homepage: http://www.americangeode.com. 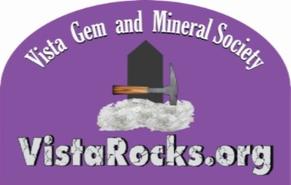 Vista Gem and Mineral Society are located at:

760-659-6545
MEMBERSHIP
Membership in the Vista Gem and Mineral Society is open to anyone interested in mineralogy, gemology, and related educational subjects.

Annual dues are $15 for individuals and $25 for families. 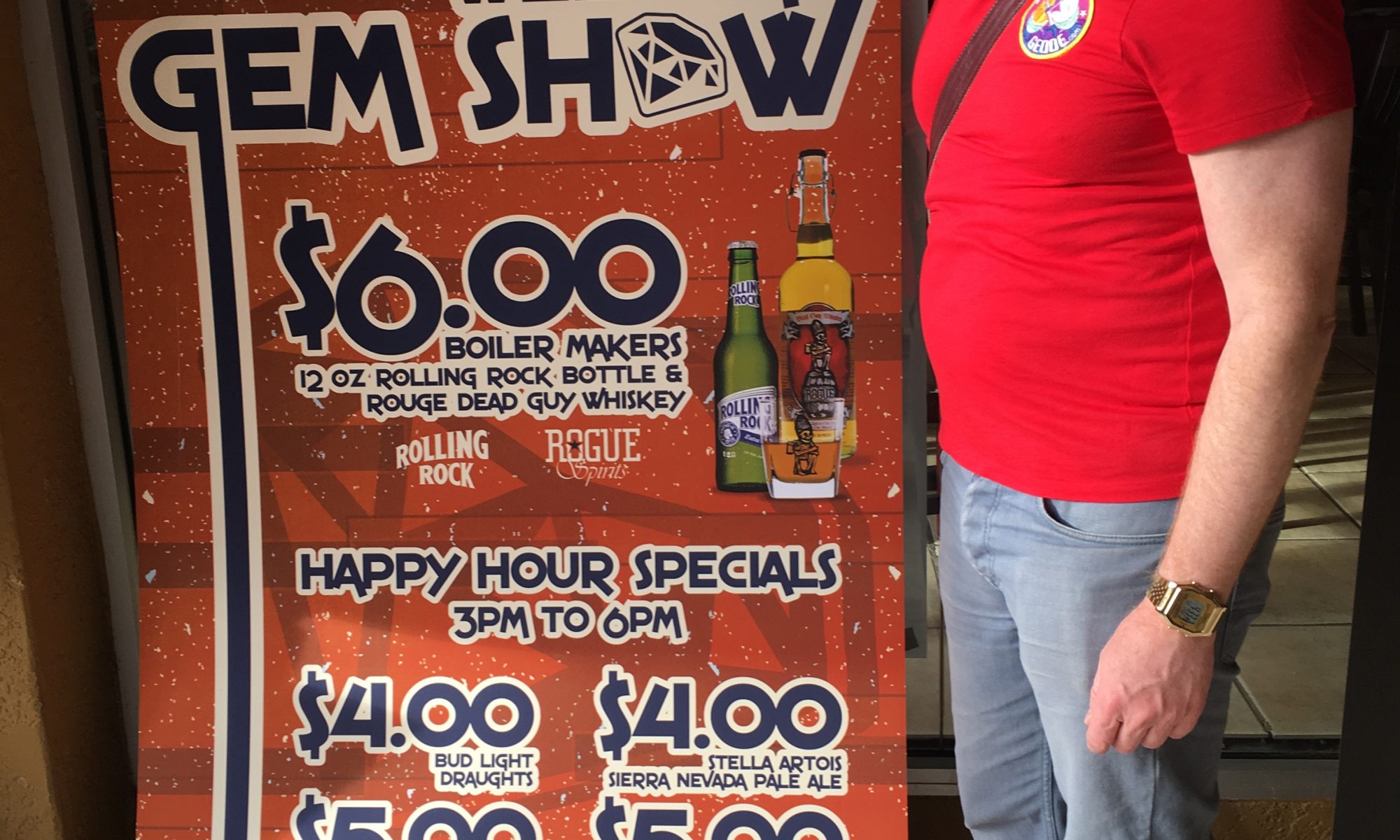 This is Part 2 of a series about how to enjoy the Tucson Gem and Mineral Show, and related gem and mineral shows.

Restaurant and bar suggestions while in Tucson for the Tucson Gem and Mineral Show:

2. The best bars we found at the the Tucson Gem and Mineral Show were the hotel lobby bars connected to some of the gem and mineral shows on the west side of I-10. While the American Geode team were talking with dealers at the gem and minerals shows alongside the west side of I-10, we took breaks at their respective lobby bars. The bars had great drink specials, and the lobby bars were full of fellow rockhounds. We found it very easy to strike up a conversation, and met a famous jewelry designer, and some other fun folks. The Ramada Inn along west I-10 had a great bar, as well as the other hotels just north of the Howard Johnson, which is where we started.

3. We had a great bar meal and drinks, among a very good looking crowd, at Barrio Brewing Co. It is a little outside the location of the gem and mineral shows, but it is a local brewery with food striving to be locally sourced. The crowd was great looking, the staff were great looking and fun. They have a large cooler covered in stickers of various businesses and bands. We had an American Geode sticker on us, and they graciously added American Geode to their collection.
https://barriobrewing.co/

4. Downtown Tucson is full of bars and restaurants, and fun to walk up and down for a pub crawl. We did not find downtown closely connected to the Tucson gem and mineral shows, but they were full of a lively crowd, many college students, and a wide range of bars from ones with live music, to an arcade with a bar, or bar with an arcade, among other sports bars. The main strip of bars is along Congress and 6th Avenue. American Geode found downtown worth spending an evening if you are interested in taking a break from the rockhound, gem, and mineral crowd.

American Geode posted some laughable quips about our experience at the Tucson Gem and Mineral Show over Twitter.
Read American Geode’s live Twitter updates for some real laughs:
https://twitter.com/AmericanGeode

Got questions about Tucson Gem and Mineral Show? Contact American Geode through the “Contact Us” button on the American Geode homepage: http://www.americangeode.com. 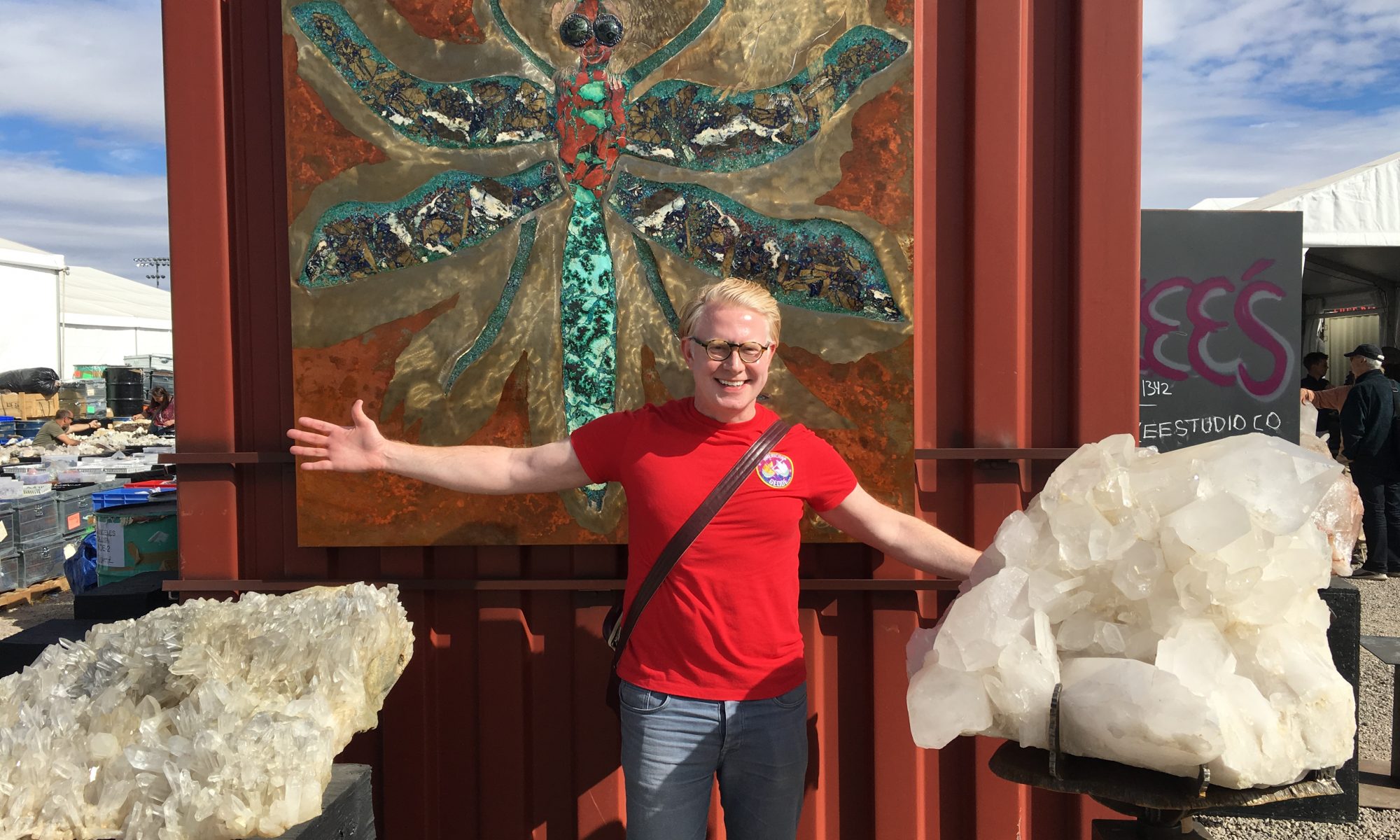 This is Part 1 of a series about how to enjoy the Tucson Gem and Mineral Show, and related gem and mineral shows:

1. Fly in and out of Phoenix. The airfares in and out of Phoenix are much more affordable than flying to Tucson.
2. A car is a requirement, as the Tucson shows are spread out over town. Albeit all the pockets where shows are set up are about 15 minutes apart from one another, a car is needed for the chance you buy a large mineral or work of art, or a heavy quantity of stones, gems, or minerals.
3. The drive from Phoenix to Tucson is about two hours.
4. We stayed at one of the affordable hotels near the Phoenix Airport. The benefit was that the price was affordable. The negative is that there are no shows at the airport hotels, and there are no bars or restaurants, or anything else to do near the airport. So if you stay near the airport for the price point, consider that you will be driving or taking Uber to eat out, or to have some drinks in the evening.
5. The shows are up and down I-10, right where I-10 East turns into I-10 West. At the very first show you attend, grab a magazine, they are readily available, as the magazine published for the shows lists ALL the shows, with maps, and dates.
6. Take cash with you. We have read other articles about using Traveler’s Checks, or other forms of payment, but we simply did not see how that would be better than cash. If you keep your cash safe, don’t flash it, you will be fine. You will be able to negotiate a better price with cash. The same rules about having cash on vacation apply to having cash at the Tucson Gem and Mineral Show, and related shows. Don’t flash it!

That is all for this installment of “Tucson Gem and Mineral Show – Guide for First Time Visitors.” Please read our other articles that cover where to eat, drink, what to do at the shows, and what to do after the shows.

American Geode posted some laughable quips about our experience at the Tucson Gem and Mineral Show over Twitter.
Read American Geode’s live Twitter updates for some real laughs:
https://twitter.com/AmericanGeode

Got questions about Tucson Gem and Mineral Show? Contact American Geode through the “Contact Us” button on the American Geode homepage: http://www.americangeode.com.